Market research is the gathering and understanding of information related to particular individuals or groups (the target market) to provide informed insight and help decision making in relation to targeting them with ideas, services or products.

Market research can be quantitative (done with data and measured from a statistical and numerical point of view) or qualitative (done by finding opinions and motivations through exploratory research).

If you would like to find out more about Market research, then read B2B International’s publication on the subject

One of the key problems in starting a business is that you can have ideas, but have no way to test whether they actually work.

Using market research as a gauge for business ideas

Think of the following common phrases:

One of the key problems in starting a business is that you can have ideas, but have no way to test whether they actually work. A good business idea needs to resolve a problem that a person may have for it to be even considered, so ask yourself ‘do my ideas do that?’

There is a huge risk that I could use precious resources pursuing ideas that simply wouldn’t work once built. Rather than find this out at the end, it is much better to do market research prior to doing any work to actually see what people think.

As it stands, I have around seven ideas or directions I could go in to start a business. A few of my friends think I should go one way, the others another way. I want to put all of my efforts into one idea rather than several as it’s likely that I will achieve nothing by trying to do everything!

Choosing a group for market research

I decided that one way to test the water would be to do market research with university students. I have worked closely with student markets in the past, so I figured that this market might be an effective one to target in the future. With this in mind, I went to visit Reading University as Megs’ sister currently studies there.

I wanted to do qualitative research to see what student’s opinions of my ideas were. I asked to see lots of different groups of students on different courses to try to ensure that I was reaching a wide selection of students from different backgrounds. My research was in no way going to be extensive as I was only going to spend one day at Reading, but I hoped that I would be able to speak to enough students to provide an informed decision about my ideas.

Testing my idea with qualitative research

Normally you would take notes and make recordings of what is being said when you do market research, but in my case, I just wanted to hear students talk about how they used technology (smartphones, tablets and laptops) and whether any of my ideas would actually solve a problem they had.

Researching the technology platform’s people use

I wanted to have discussions about technology as my idea will only be available via technological mediums and would start life as a website and iPhone app.

If people did not or could not interact with the technology I had chosen to start with then it would be pointless. For instance, if students all used Android devices, it might be smarter for me to develop an Android app rather than a iOS app for the iPhone.

I had assumed that students used several devices at the same time and therefore I would need my idea to function across multiple platforms. I had also chosen to build an iPhone app simply because I have an iPhone – but do students own iPhones?

You might think that I am being pedantic about these two points as it would be likely that students use multiple devices and that some own iPhones, yet there have been several times in the past where people have made similar assumptions about a customer base and been entirely wrong.

One of the few things I have learned over my career in marketing is not to assume anything, as you will probably find out that your assumptions are wrong.

Researching the idea itself

One of the ideas that I wanted to test was associated with food and the splitting of bills. I thought this would be a good idea because I would have used it when I was at university.

The key questions I wanted to know were:

Once conversations started, it quickly became apparent that times had changed a lot since I was at university, and these students didn’t buy food or split bills how I expected them to.

Some of the key findings were:

In other words, my idea was not going to work in this environment!

There are a couple of important considerations here, as the students I visited were living in halls of residence, miles away from the nearest supermarket. This could mean that my idea could still work, but it would need to be targeted at students living in houses rather than on campus. So to ensure that this wasn’t the case, I went to a few houses off-campus and asked the same questions to the students living there.

It turns out that I was right and wrong. It was true that these students did shop differently from those living in halls of residence. Interestingly, off-campus students did not do as much online shopping as my previous group.

But yet again my idea wouldn’t have worked here either, as students either bought locally in small batches or bought their food separately on a big trip to the supermarket within a group. This meant that whilst their buying habits were different, those habits didn’t play towards my idea.

This market research seemed to suggest that either idea wasn’t good enough, or that the target market in this instance was completely wrong.

The findings of this market research delivered a quandary. Do I:

In this instance, I decided to stop pursuing this idea for the time being as I had other ideas that could work instead. Part of the point of the market research was to give me guidance as to which route to take, and it had done that perfectly without needing too much time to figure it out

It turned out that there was potential in some of the other ideas I had. The feedback was much more positive here, so I may develop these ideas further.

So all in all, the market research delivered exactly what I wanted – even if the results were not as I expected. The research informed me to divert my attention onto some of my other ideas as the market had moved on from when I was at university. Not a bad result for half a day’s work!

Speak to a marketing consultant who can make a big difference to your business.

Get in touch now 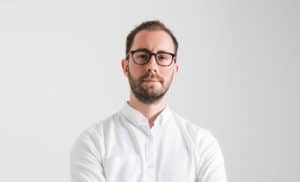 Murray has helped startups and businesses achieve online success through a considered approach to marketing.

Build a Marketing Strategy that gets Results

Create a business marketing strategy to increase your traffic, leads and sales.

Increase my sales
Back

Sorry, the comment form is closed at this time.

Any cookies that may not be particularly necessary for the website to function and is used specifically to collect user personal data via analytics, ads, other embedded contents are termed as non-necessary cookies. It is mandatory to procure user consent prior to running these cookies on your website.