The Will Smith Effect: What Was The Impact Of ‘The Slap’ On Alopecia Awareness? 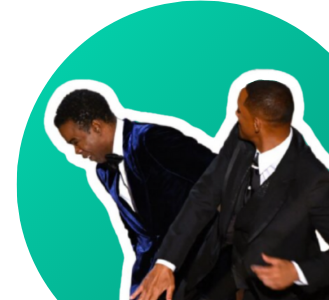 With the news that Will Smith has been banned from Academy events for ten years, one now infamous event is on everyone’s lips once again: “the slap heard around the world”.

In case you’ve been living under a rock (no pun intended) and hadn’t heard, actor Will Smith stormed on stage during the Oscars awards ceremony and slapped host Chris Rock across the face after the latter made a crass joke about Smith’s wife Jada, who has lost her hair to alopecia areata, a type of alopecia that causes unpredictable patches of baldness.

While anyone who saw the Slap happen knew instantly that it would go viral on the internet, the impact on alopecia awareness has been largely left out of the conversation. But our research has shown a huge spike in interest in alopecia in the two weeks following the Slap.

And that’s not all: those with alopecia are seeing a predominantly positive knock-on effect on awareness of, and reaction to, the condition.

Here’s what we found:

The Key Slap Stats, In Brief

What Do The Numbers Say?

Our in-depth research into Google and social media trends revealed that the Slap prompted an unprecedented spike in online engagement with alopecia.

As shown in our handy infographic, we found that following the Oscars, people around the world took to the internet in their millions to discuss, look up and educate themselves on alopecia.

In the two weeks since the Oscars, there have been over 3.5 million engagements with the term ‘alopecia’ on Twitter, compared to just 71 in the 90-day period leading up to the event.

We said it already, but it deserves to be said again: that’s an increase of over five million percent!

That mountainous spike around the end of March shows the peak in Twitter conversations around alopecia, with the majority of the tweets mentioning either Chris Rock, Jada Pinkett-Smith herself, or both.

How Does This Unprecedented Interest Affect People With Alopecia?

We spoke to meditation and anxiety coach, Sheridan Ruth, who has been living with alopecia areata since she was seven and now dedicates her time and energy to helping others move through their own experiences of hair loss.

Sheridan says that the event provided “a wonderful way to help educate people on the condition in a natural way,” explaining that since it happened, she has seen a great increase in social media followers and kind messages, as well as people she has known for a long time showing an increased interest in learning about her condition.

She also notes that many of the messages she received were from others with alopecia, grateful that they had found voices like hers to help them through their journey. This is a key point for many people with alopecia: although the incident was distressing for many due to their own experiences of harmful words, they felt less alone.

However, despite the increase in kindness and understanding, she has also noticed an increase of insensitive comments, and also stresses that this influx of awareness may not last.

Overall, she is glad that the event has raised awareness of her condition, and is hopeful that it will pave the way for more actors and models with alopecia to have a chance in the spotlight and more stories to be told.

Sheridan is not the only one to speak out about the effects of this event on the lives of those with alopecia.

During our research, we came across the story of UK based alopecia awareness activist Laura Mathias, who told BBC News how, despite wishing that Will Smith had handled the confrontation verbally rather than physically, she now feels able to go out without a wig as more people are educating themselves on her condition.

The experiences of real people living with alopecia appear to confirm what our trend data suggests – that awareness of, and compassion for, an under-represented condition have both risen after being highlighted so publicly.

The Oscars Slap: A Force For Good?

Although we do not condone violence, the findings of our case study show that what we can all agree was a negative event in many ways had an unexpected positive impact: putting a long-overdue spotlight on a condition that had been surrounded by stigma and ignorance, and giving those who live with it a louder voice and a new lease of confidence.

This is also a learning experience for charities and marketers looking to raise awareness of lesser-known conditions. It’s clear that the public looks to educate themselves when presented with something unfamiliar, and while moments that achieve as much worldwide coverage as the Slap are rare, similar events should be seized wherever possible. New conversations can be started practically overnight, and with the right insight organisations can shape that conversation for the better.

Since posting this article, we have had even more responses from people with alopecia opening up about their own experiences since the Slap.

Blogger Emma Sothern, also known as Lady Alopecia, who had previously referred to Jada Pinkett-Smith as the Queen of Hair Loss, told us how her own site, from the day before to the day after the now-infamous incident, saw a traffic increase of 180%. “Sure, the noise will die down,” she told us,” but for a few days, the spotlight was on alopecia. Finally, people were opening up about a condition that’s often kept secret, as if it’s something to be ashamed of. So any new awareness around it, a chance to stop hiding, can only be a good thing!”

Lady Alopecia (also a yoga and meditation teacher) hopes to inform, inspire and empower fellow alopecians throughout their hair loss journey. Which is easier, she notes, when they see public figures like Jada sharing and embracing their alopecia.

Meanwhile, Thea Chassin, founder and CEO of non-profit Bald Girls Do Lunch, which is aimed at empowering women with alopecia, is unsure whether it truly has made a difference and warns that alopecia could, in time, fade into the shadow of the Slap itself.

Since the Slap, Thea has had opportunities to speak on radio and television, and acknowledges that it has presented an opportunity for public education.

But she also wishes to stress that it was a “display of poor judgement, lack of self-control and violence” which may eventually eclipse the spotlight it put on alopecia.

“Memories can be short,” she pointed out. “While the incident will be remembered for what we apparently saw, I won’t be surprised to hear “What was it that was wrong with Will Smith’s wife?””.

Thea says that more than half of the people she has spoken to via social media say that the incident has made no difference to those living with alopecia areata. “It’s a non-issue in their daily lives,” she explained.

Ultimately, those living with alopecia are a diverse group with varying opinions and emotions surrounding this incident. There is no one collective response, but at least for now, it appears that the majority are at least appreciating the increase of awareness and education surrounding their condition and, despite wishing it had come about under better circumstances, hoping that it lasts. 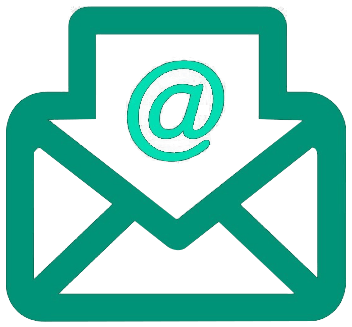 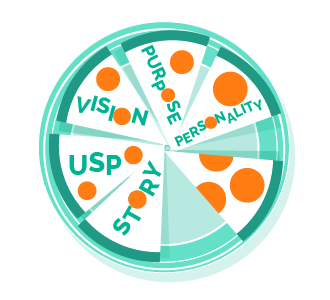 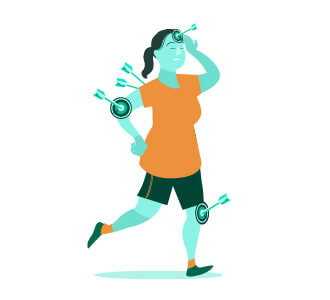 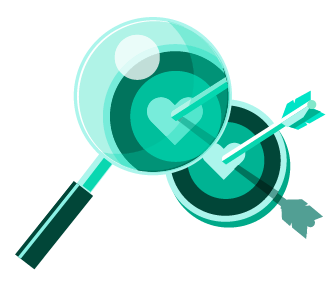 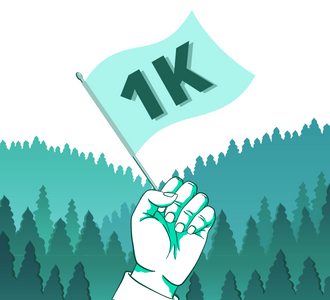 1 Comment on "The Will Smith Effect: What Was The Impact Of ‘The Slap’ On Alopecia Awareness?"

Your email address will not be published. Required fields are marked *